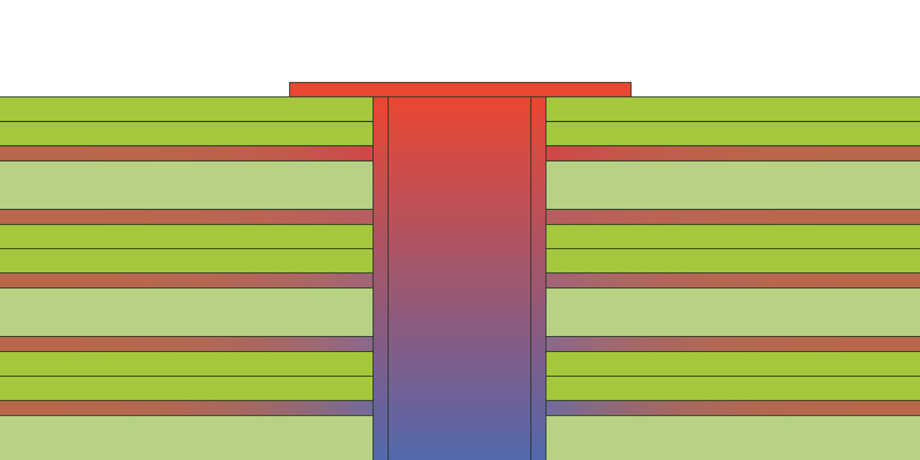 Metal Core PCBs, Coins in different versions and consulting and design support in the field of thermal management.

Heat is one of the designer’s greatest enemies and there are various tried and tested techniques that can be used to manage and dissipate heat in different industries. Most common are metal core PCBs, coin PCBs and heavy copper PCBs.

Again, as the name implies, Metal Core PCBs or MCPCBs substitute a metal core in place of the FR4. A thin thermal interface material (TIM) sits on top of the metal core and a copper conductor layer on top of the TIM. The core is usually designed to redirect heat away from the components. The metal core is composed of a metal plate of a particular thickness which dissipates heat.

This is most commonly used in LED lighting.

Copper “coins” are often used in designs where localised high heat areas are present on the PCB. There are 3 derivatives of the coin itself, all named on account of the shape of letter they form – “I-coin”, “T-coin” and “U-coin”, of which the I coin and T coin are most commonly used.

Typical applications are servers for 5G networks, automotive and small but high-power batteries.

This is one example. Every application is different so please contact our experts to discuss your requirements, in full.